April 23, 2018
A long time ago, I used to covet the Hermes Birkin bag, as I'm sure many have since it's so elusive. Since then, I switched over to pine after the Hermes Kelly bag instead, after I saw it on Wendy Nguyen from Wendy's Lookbook here. She's a fellow petite and it just looked so nice on her! Over time though, and especially after baby A, I see how such a bag is definitely not practical for me and if I were to spend a small fortune on a bag, I'd want one that I would actually use more often. The Kelly has a thin strap and is quite structured, which is what I like about it, but in reality is too classy for my weekends. It wasn't until I went to Athens, posted about here, that I tried on the Hermes Toolbox 20 and fell for it. It was in a beautiful royal blue color but I already have a Celine in that same color (seen here) but that bright color and how it hung on me were the reasons I really liked it so much. I realized I wouldn't love the bag in a beige or deep neutral color like burgundy and felt black would be most practical, but just isn't exciting for a special bag like that but I couldn't think of a color I  really wanted in this bag so I left it in the back of my mind as a bag that might be attainable in the future. It wasn't until it popped up on Fashionphile in Flamingo that I realized that would be the perfect color for me since it's not too pink and not too orange. I only considered it because it was listed as new and was significantly less than the retail price in the US. After much deliberation, I decided to purchase it but had to go through days of anxiety and stress because I wanted to wait for my credit card to arrive first (trying to get enough points to fly first class, mentioned here). Do note that I did try my best to get Fashionphile to accept another form of payment to hold it but they were very strict about it even though they accept returns within 30 days and wouldn't do it for me. I kept worrying someone would buy it before me but it was meant to be! When I received my credit card, the bag was still there and I got it! However, while waiting around, I was attracted to the Rose Pourpre color on the Hermes site and made the crazy decision to also purchase it from there in both Black and Rose Pourpre so I can be absolutely sure about the Flamingo color since they offer complimentary shipping and returns. I was afraid I was making an impulse decision with Flamingo and was also afraid that I would prefer Rose Pourpre to Flamingo since they can both be paired easily with outfits.

I actually received the Hermes purchase super quick in a matter of two days, while I had to wait until the next week for Flamingo to arrive. Between the Black and the Rose Pourpre, I definitely liked the Rose Pourpre more like I thought I would, although I was anxious to know if I would really like the Flamingo more or not. 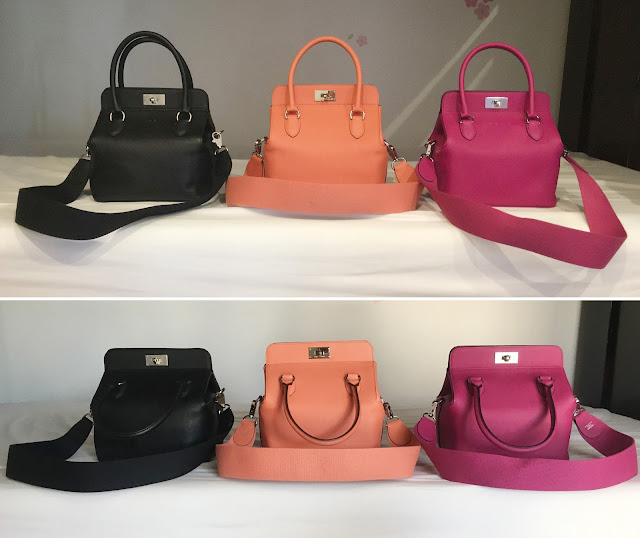 After it finally arrived, I was able to decide that I do like the Flamingo more since it's not as flashy though it is still bright, which is a color more suitable for me. I was surprised to find the Flaming to be slouchier than the Swift leather of the Black and Rose Pourpre but it may be because it is older from 2015. I do like the textured grain of the Evercolor leather more but will definitely have to buy a bag insert to help retain the shape better since the structured shape is one of the main reasons I like this bag. 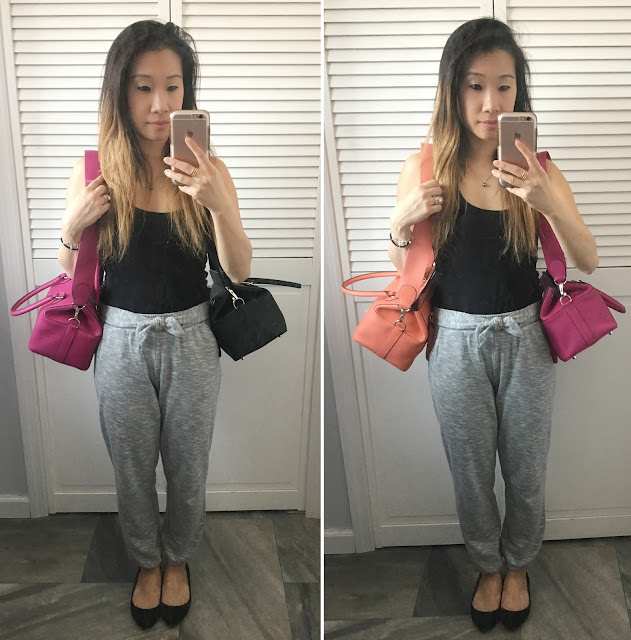 The other reason is the perfect length the strap hangs off my petite frame. 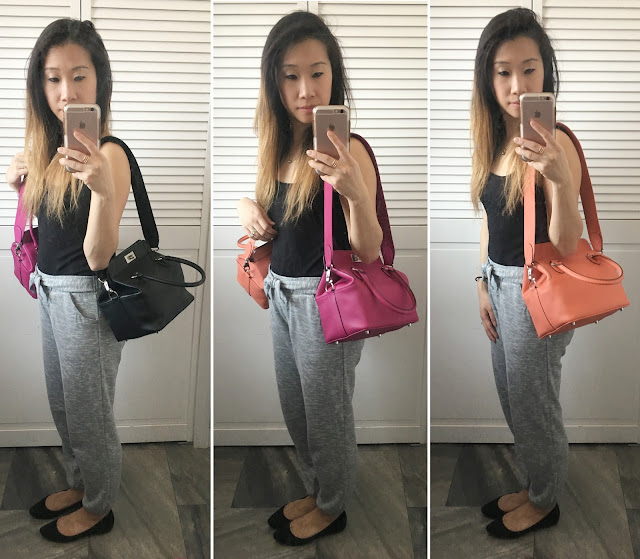 When inspecting the bag in Flamingo, I also noticed the font of on the front hardware was totally different from the one on Rose Pourpre and had a moment of panic that the Flamingo was a fake but after much research, I realized it was real and that Hermes does change its fonts from time to time, which is really quite confusing!

So Flamingo it is and I'm happy to have purchased it for less than retail from a reseller yet in new condition and with the peace of mind that I thoroughly researched it before deciding on this color. :)

Here are is a view of the inside of the bag, which is super soft buttery leather that the bag insert will also help to protect for baby A's future use. 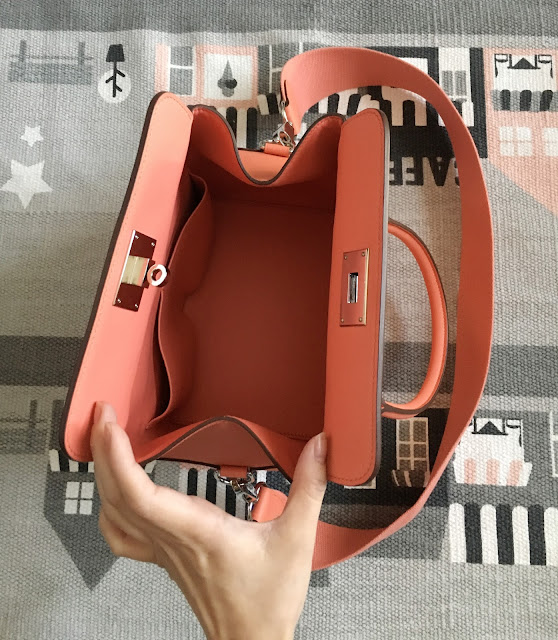 Now that I am satisfied with my Hermes obsession, I do just want one more thing - the Bastia change purse but in a special color like lime. :)

Leaving you with the quote of the day, "Do or do not. There is no try." -Yoda
Hermes