November 20, 2013
Just a quick post of what I normally wear on a typical weekend - a leather jacket, a comfortable top, my favorite scarf, jeans, and boots that slip on quickly and comfortably.


As is pretty noticeable in almost every photo I take, I constantly wear the Fitbit Flex on my left wrist. After much research between the Fitbit, Nike FuelBand, and the Jawbone UP band, I finally decided on the Fitbit Flex. Though the UP band does look more appealing to the eye, it doesn't sync automatically with Bluetooth and instead needs to be plugged in to the computer to update. The Nike FuelBand didn't offer all the features I was looking for, such as syncing with MyFitnessPal, which I've been using to log what I eat so I can see more accurately now how many calories I really have left to consume. I luckily received my Fitbit Flex as a birthday present and have not taken it off since putting it on (besides for charging or jumping into a jacuzzi). It can, however, be worn in the shower and be submerged in up to 10 feet of water. On a side note, I wore it in a jacuzzi by accident and I thought it broke but worked fine again after charging. Surprisingly, the size Small band fits very snugly around my tiny wrist (I have a 5" circumference for my wrist), thanks to the multiple adjustments on the band. It has really made my life so much easier because it tracks my steps and calories burned as well as sleep and most importantly to me, it syncs with MyFitnessPal. I decided back in January to start going to the gym and I've never looked back. For one who didn't enjoy working out for the sake of working out (I much prefer outdoor activities such as handball or any other sport), I have surprisingly adjusted very well to incorporating exercise into my daily routine. When I miss a day of gym class, I actually complain about it and look forward to the next one. One thing I do wish the Fitbit Flex has though is a screen that shows more information instead of five dots of light that can only communicate one piece of information , such as steps walked in a day. 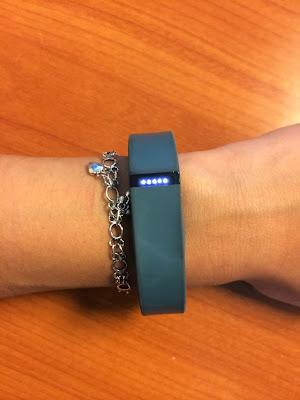 Luckily for anyone who is still looking for a fitness band, Fitbit just came out with the Fitbit Force, which does have a screen that shows the time, which I think is so much more useful. Though it is thicker in width, I wouldn't mind it since it has a convenient screen to display more information. All in all, I am pleased with my Fitbit and do recommend going for one.

Reviews to come soon on the following things I just purchased from Ann Taylor with their code 'ANNCHIC' for 50% off sale and 30% off full-priced items! 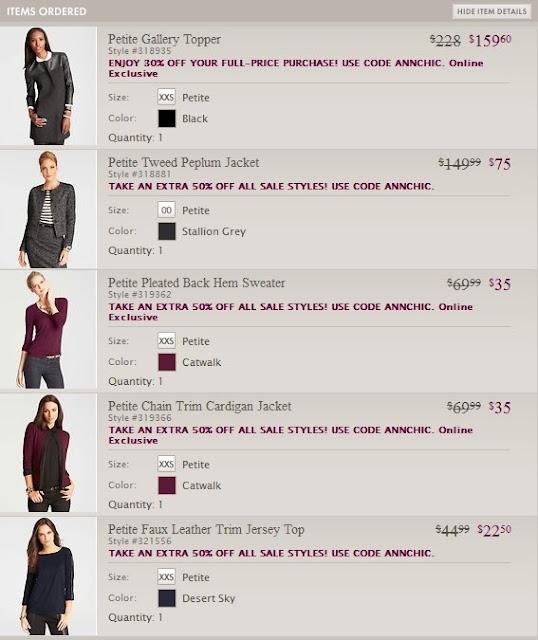 Leaving you with my new haircut and the fortune cookie quote: "To achieve a great goal, one must begin with a small achievement." 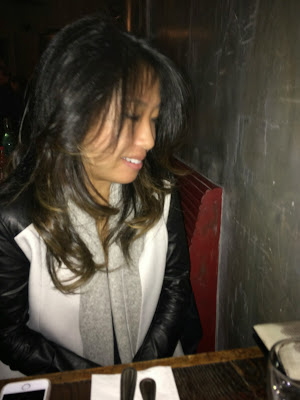